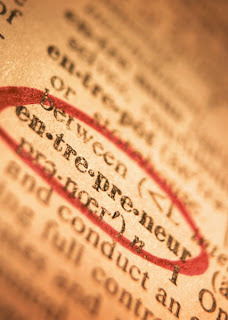 But having to endure such hardships, and triumph in the face of overwhelming odds, is also the attraction. True entrepreneurs don't spend their days idly daydreaming about hogging the spotlight or securing early retirement. Instead, they simply lace up their shoes, put on their poker face and steel themselves to greet each and every day, because they know it's war out there in the trenches. Such individuals will, at some point in their career, undoubtedly be tempted by the prospect of wealth, power and fame, as would any working professional. But in the end, most are driven by other, more inborn factors.

For some, it's the thrill of being their own boss. Others will find that they relish the magic of birthing new and original ideas into the world. Still more will discover that their greatest personal rewards come from building a brand from nothing to something through the fruits of their own labor. Regardless of whether you're motivated from a simple desire to set your own working hours, or compelled to find meaning in life by shedding blood, sweat and tears in pursuit of an elusive dream, make no mistake, though. Near universally, no matter the individual's background or the industry in which they operate, as with any star player, most are driven by one underlying principle -- sheer love of the game.

Speak with virtually any business owner, be they restaurateur, CPA or developer (app, land or otherwise), and you'll hear similar themes echoed. Chief among them are passion, unswerving dedication and, above all else, a fundamental and seemingly overriding commitment to charting one's own course in life. It's a common thread that unites many entrepreneurs, no matter their level of success or chosen field, and one that binds almost all self-made professionals together. Some stories are inspirational, others heartbreaking, and still more so strange and unlikely you'd almost mistake them for fiction. Nonetheless, in years of founding, counseling and speaking professionally to small businesses and the fascinating individuals behind them, one thing yours truly has yet to encounter is a tale that's meaningless or fails to inspire.

Something you can be certain of: Choosing to start a business, whether as a side project, part-time gig, or full-time enterprise, will irrevocably change your life. Irrespective of when the urge strikes, early or late in life, as a learning experience, it's also an endeavor that's destined to permanently ingrain itself upon your general outlook and view of the world. No matter if you're fresh out of school and itching to reinvent the high-tech universe, or an experienced professional committed to achieving success in a second career, be advised: Attempting to go it alone is destined to be a singular and unforgettable experience. Note that it's not uncommon to meet those who describe themselves as "serial" entrepreneurs who, after bootstrapping it once, have gone on to pursue numerous ventures in several unexpected and otherwise seemingly disparate fields.

Starting a business is many things... exciting, enriching, filled with anxiety and trepidation. But as a rule, one thing it's certainly not is for the faint of heart, or an experience you'll soon forget. The buck stops with entrepreneurs, meaning it's ultimately up to you to call the shots, make the hard decisions and always be your own champion in the face of harsh reality and overwhelming odds. Even when the chips are down though -- and, as any veteran can tell you, you can expect to eat more ramen than caviar -- you can take solace in having the guts to go for it. Few and far between are those who ever opt to cut ties with the world of salaried employment, and take control of their own fate.

For a myriad of reasons both personal and financial, it bears remembering: Most never get the chance to be pioneers. Succeed or fail, it's a rare and beautiful thing to say you had the opportunity, let alone took the shot. To take risks, face overwhelming odds, and -- despite countless potential pitfalls and setbacks -- constantly be solving problems and forging ahead, regardless of the beatings and bruises both you and your business will inevitably take... Once the spotlights shut off and cameras stop rolling, that is what it truly means to be an entrepreneur.

About the author: Keynote Speaker and Bestselling Author, Creator of 'The Business Expert's Guidebook'
at 9:52 PM